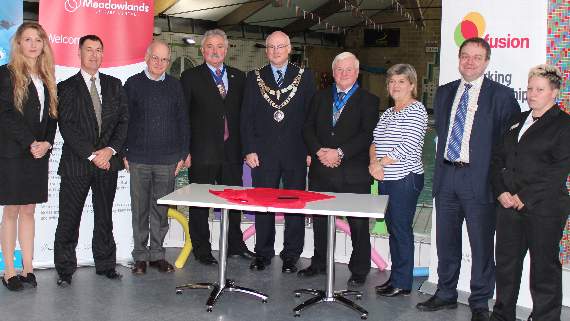 FUSION Lifestyle has officially signed up to operate leisure centres in the South Hams and West Devon.

Fusion Lifestyle, a leading independent registered charity, provides quality sport, leisure and fitness activities and facilities to local communities - and has been operating across the UK since 2000.

All profits generated by the organisation are reinvested in facilities and service improvement.

Crediton Bowling Club ladies team through to final of InterClub

Join the Warrior Women Walk in support of domestic abuse

The contract was given the official council seal of approval, with councillors, officers, and Fusion Lifestyle senior management team in attendance.

Cllr Hilary Bastone, South Hams District Council’s Portfolio Holder for Customer First said: “Signing the contract moves us into a new era for leisure. These services are incredibly important to our customers and South Hams and West Devon share a vision of good quality leisure and well-being facilities for all in the community.

"Sealing and signing this contract is a significant step toward fulfilling this vision.”

Cllr Robert Sampson, West Devon Borough Council’s Lead Member for Commercial Services, added: “Today marks a milestone for leisure in West Devon and the South Hams as we start a long-term contract with Fusion. We look forward to working with Fusion, who we are certain will maintain and enhance our leisure and well-being facilities.”

Peter Kay, Fusion Lifestyle’s Chief Executive Officer said: “We operate more than 90 diverse sports and leisure facilities across the UK and it is a privilege to take over the running of these incredibly popular and important sites in Devon.

"This will be an exciting new chapter for Fusion’s team and we look forward to welcoming everyone to experience what we offer.”