Crediton RFC sad at death of former captain and coach 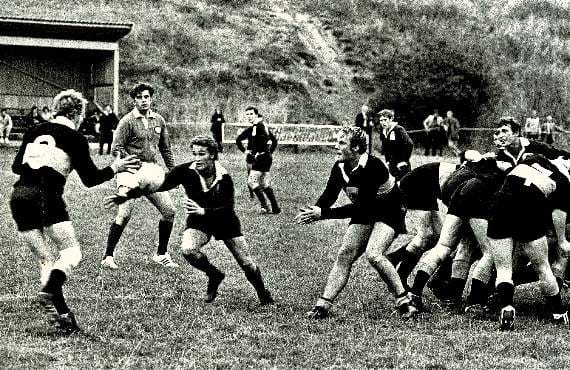 CREDITON RFC is sad to announce another loss to the Club with the death of former captain and coach Geoff Warne who has died after contracting motor neurone disease.

Geoff, who was 68 and hailed from Kent, joined Crediton RFC in 1975 after taking a job at Queen Elizabeth’s School in the town and had five seasons as a first-team regular.

He had previously played for St Luke’s College while studying to become a teacher. He spent a season with Exeter in their pre-Chiefs days on the County Ground prior to joining Crediton.

During more than four seasons as a player with Crediton he started 111 games in the first team and scored 60 tries. His form attracted the attention of the Devon selectors who picked him eight times between 1976-79.

Resilience and quality shone through for Crediton RFC teams

Fair play to Saltash who kept going to the last

Warne was Crediton’s player-coach for the 1975-76 season, which proved one of the club’s most successful since World War Two when both first and second teams scored more than 1,000 points – and in those days tries had a lower value – and the first team reached the semi-finals of the Devon Senior Cup.

Warne added captaincy to his player-coach job in 1976-77, the same season in which he made the first of his Devon appearances, which was against Cornwall. Crediton scored more than 900 points in first-team games and Warne bagged 19 tries.

A job move to Teignmouth ended Warne’s active involvement with Crediton, although he remained a regular visitor to the Blagdon for social events.

He finished his teaching career as head of PE in Teignmouth then spent his final working years in safeguarding. Warne was still working until July 2019 when health problems forced him to retire.

In later years Warne was a season ticket holder at Exeter Chiefs and a huge supporter of the Simmonds brothers, skipper Joe and England back-row forward Sam, both of whom he had taught in Teignmouth.

Rugby was only one facet of Warne’s sporting life as he was also a swimming coach and gala judge, a keen golfer at Teignmouth and for 11 years a team organiser for the annual Ten Tors Expedition on Dartmoor.

Eddie Trick, who played alongside Warne for Crediton in the 1970s, said Warne was a talented all-rounder on the rugby pitch.

“We all thought of him as a back-row forward, or sometimes a lock, but he could play in the centre as well,” said Trick.

“I remember once when we had loads of injuries he played in the centre next to me at fly-half and looked as if he had been born to play there.

“Geoff was a top player, a top coach and a top bloke.”

John Lockyer, who captained Devon during Warne’s debut season, knew him as a committed teacher as well as a rugby player.

“Geoff taught my son Mark and encouraged him to give it a go when Swindon Town were interested in him as a schoolboy,” said Lockyer.

“On the rugby field he was an honest grafter – not a flash merchant – and a damn good back-row forward.

“I was the captain when he played for Devon and it was an honour to play in the same team as him.”

Warne was diagnosed with an aggressive form of motor neurone disease in December last year. As his health deteriorated a fund was launched to raise money towards adaptations to his home.

Friend Gary Abraham, who organised the appeal fund, said the response was overwhelming.

“Geoff touched so many people’s lives in so many positive ways and they never forgot him,” said Abraham.

Crediton contributed £300 to the appeal, which was raised at a past players’ function.

A private funeral is due to take place on November 9 in Teignmouth.