Sandford Cricket Club attacked Plymouth bowling from the off 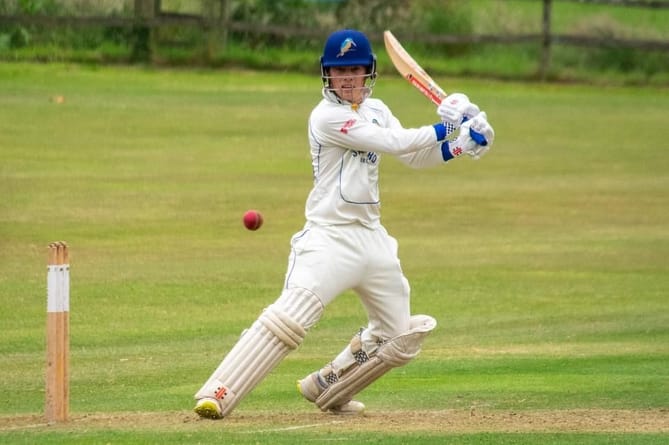 The real fireworks came from Andrew Buzza, who smashed an unbeaten 71 off 37 balls. (Jay Harris )

Sandford Cricket Club attacked Plymouth bowling from the off

ON quite a blustery day Sandford Cricket Club attacked the Plymouth bowling right from the off and you will not see a scoreboard showing that many runs on too many occasions.

Sandy Allen hit four fours off the opening bowler only for Ryan Glass to match the feat in the bowlers next over.

He was then given a rest but the onslaught continued.

Whenever a wicket fell the next batsman came in and continued the positive approach.

Adam Small was the glue in the innings and top scored with 84.

Sandy Allen had opened with 23 and Ryan Glass 34 but the real acceleration came from Harrison Jones, 54, and continuing his fine form to the start of the season and then skipper Richard Foan scoring 26 off only 16 balls, so that he could get back and play with his daughter.

The real fireworks came from Andrew Buzza, who smashed an unbeaten 71 off 37 balls.

Whether Plymouth would have got anywhere near this massive total will never be known as thunder and rain arrived and the players left the field of play.

Under the rules of the league the revised target was almost an impossibility for the Plymouth batsmen and Sandford ran out easy winners.

They stay in third place in the league and can look forward to a visit from league leaders, Tiverton Heathcoat, this Saturday, June 25.

A trip to Uplyme was never going to be easy for the Second XI when the heart of the team had been ripped out.

Shaun Hawkins and Chris Jelley were both promoted to the First XI, although in the end had nothing to contribute, and Brian Leach was away at a wedding with Tom Williams unable to travel.

Harry Everett is to be congratulated on keeping the side going in such adversity and returning with a creditable seven points after such a mauling in the field.

Those players who came up from the Third XI hopefully enjoyed the experience and it was good to see Rob Stoyle scoring 28 and Joe Hopkins 22.

The home team’s total of 366 for four was probably never going to be chased down, but well done to Harry who finished undefeated on 123 and to Jon James who opened with a 50.

The score of 274 for four was a very creditable attempt and hopefully things improve for the trip to Upottery.

The Third XI won by 34 runs on another game affected by the weather.

Tom Williams proved his worth by top scoring on 79 and there were useful contributions of 68 not out from Matt Theedom and 36 from Jack Prescott and 32 from Ollie Knight.

Woodbury and Newton St Cyres were on 105 for three when the heavens opened with Jack and Ollie both taking a wicket apiece.